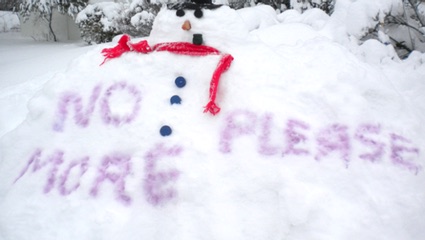 It’s common knowledge that pipes can freeze when temperatures get too low. The cause of frozen pipes, on the other hand, is less well-known; according to The Weather Channel, pipe ruptures are not a result of the extreme expansion of the water within a pipe. Rather, when the water freezes, and ice completely blocks the flow within the pipe, the increase in pressure following the blockage causes the pipe to burst. So although the ice needs to freeze for this to occur, your pipe’s burst is directly related to the increase in pressure. And when your pipes have a small diameter, or are placed against exterior walls, this blockage is much more likely to occur.

How to Handle Frozen Pipes

If you go to turn on your faucet, and just a tiny trickle of water (or nothing at all) comes out, your pipes are probably frozen. And if this is the case, you’re probably less concerned about why they froze than you are about how to unfreeze them. So, we’ll get right to it. 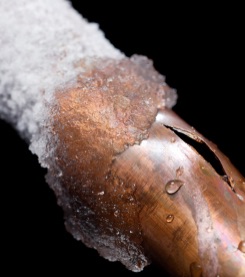 Frozen pipes can burst and leak.

Just because you’ve thawed your pipes, you’re not necessarily in the clear. It’s only February, and depending on where you live, you’re going to continue having cold weather and snow for a while longer. So how can you prevent your pipes from freezing again this season?

Ready.gov provides a list of many things you can do before the onset of cold weather to prevent your pipes from freezing. While I understand that it’s too late to do these things now, being more prepared next fall can prevent this dilemma from recurring next year.

Frozen pipes can cause a lot of damage to your home, wallet, and emotional state. But even the meanest winter armies can be conquered with the right knowledge and materials. Take back your home, and don’t worry, summer’s right around the corner!

For more information about StrongHold’s residential strengthening systems and how they can prevent pipe bursts and freezing pipes, write us today at info@hj3.com